Kentucky’s 227th birthday is coming up! Kentucky was granted statehood June 1, 1792, becoming the first U.S. state west of the Appalachian Mountains and the 15th state admitted into the union. National Band & Tag is proud to have been in Northern Kentucky for 117 of those 227 years.

To celebrate Kentucky’s birthday, check out these facts about Kentucky’s history:

1816 – Mammoth Cave (the world’s longest cave) was first promoted, making it the second oldest tourist attraction in the United States (behind Niagara Falls)

1892 – The radio was invented by a Kentuckian named Nathan B. Stubblefield of Murray.

How are you celebrating Kentucky’s birthday? Share with us in the comments below.

They both wear tags!

This week (May 18th – 24th)  is National Safe Boating Week and Tomorrow, May 23rd is World Turtle Day. We are celebrating both holidays today with our HIN Tags and Sea Turtle Tags.

National Safe Boating Week is a program of the National Safe Boating Council to promote boating and life jacket safety. This campaign kicks off the weekend before Memorial Day when a lot of people will take to the water. Before you dust off those water skis this Memorial Day, also take the time to make sure your HIN (Hull Identification Number) Tag is up to date on your boat! HIN Tags are required by the Coast Guard, and our stainless steel HIN Tags will keep you up to date.

Sticking with our water theme, up next is World Turtle Day! Sponsored by the American Tortoise Rescue, this day is used as an annual observance to help people protect and celebrate turtles and tortoises and their disappearing habitats around the world. Sea turtle conservationist use NB&T turtle tags to track and research sea turtles. Our tags are made from a durable incoloy material that stands up to saltwater and won’t hurt the turtle. 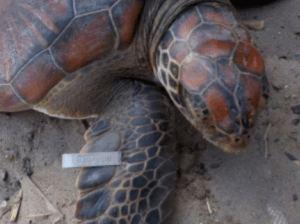 National Band & Tag will be Closed Monday, May 27, 2019, for Memorial Day. We hope everyone has a happy and safe weekend.

National Band & Tag is now a distributor of Keysie Co. and their new product, the Keysie! Keysie Co.’s motto, “We always found it difficult opening key rings with our fingernails, so we solved the problem”. Never break another nail trying to open a key ring to put a pet I.D. tag on again. 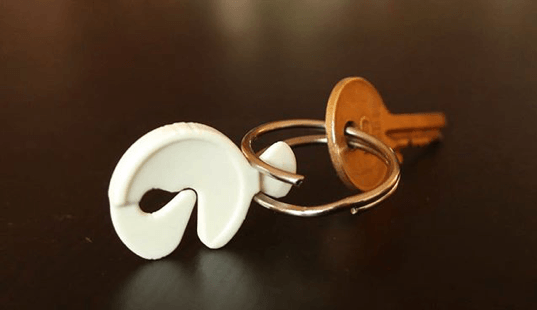 Keysie slides in and locks open your keyring, leaving you with both hands free. And what’s more, it attaches to your keyring, so it’s always there when you need it. 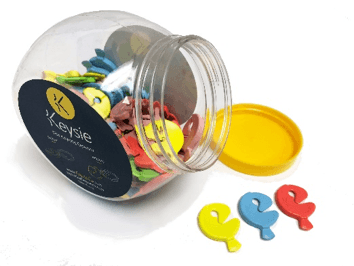 Available in individual packs or packs of 100.

How to use the Keysie:

Memorial Day is coming up, are you getting ready to open your community pool? Use these pool pass tags to guarantee everyone who is splashing around in your pool is supposed to be there!

With over 160+ tag shapes and 11 different aluminum colors, the customization options are limitless. Click here to view all our tag shapes and get started creating your custom pool pass tags. 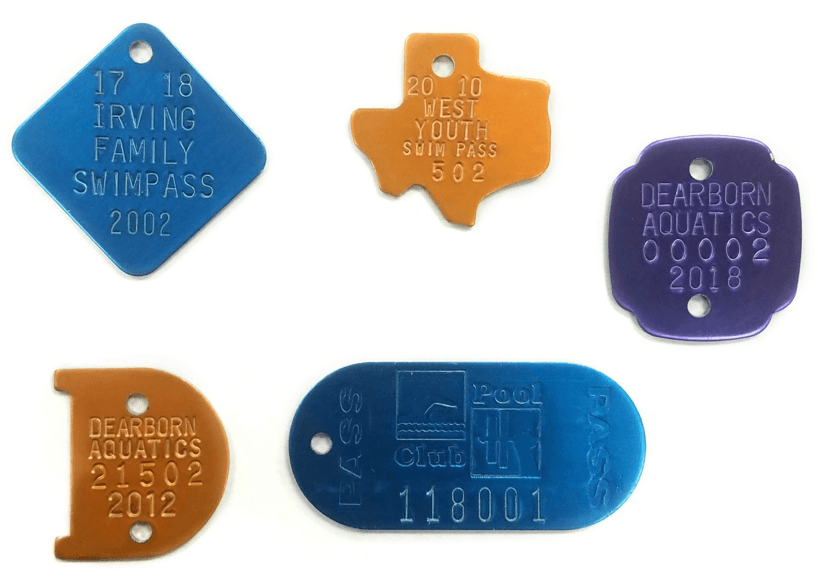