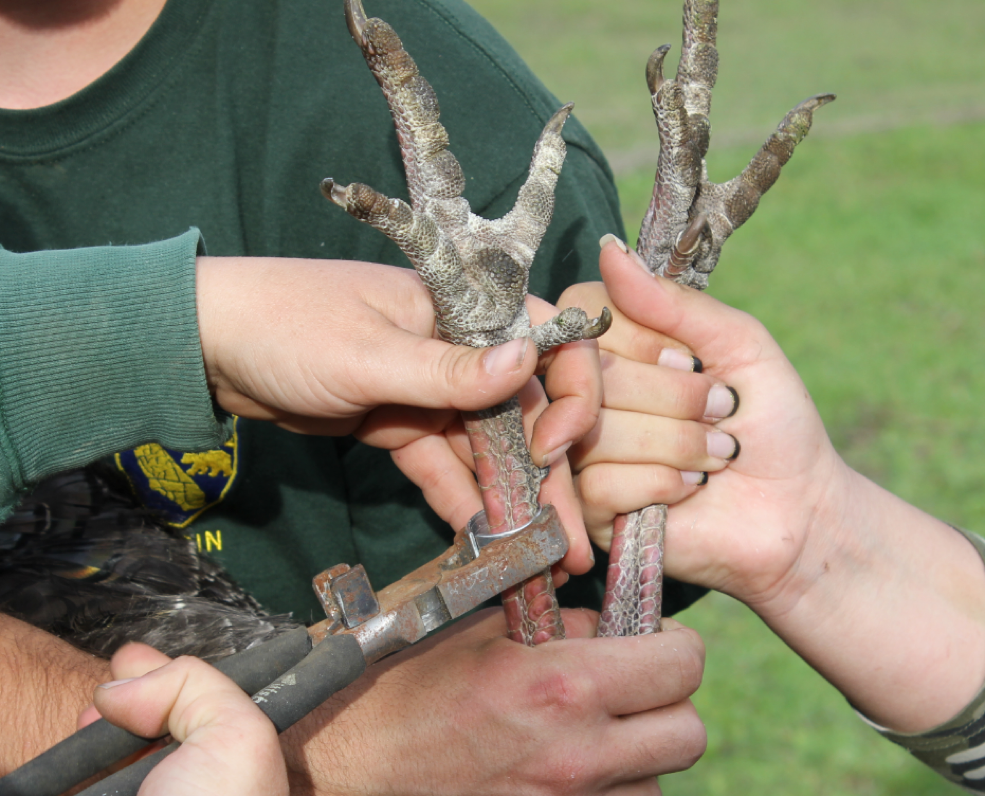 Thanksgiving is tomorrow! What better way to celebrate than by sharing an article on wild turkey banding? This article by the NWTF California Chapter details their research from when Upper Butte Basin Wildlife Area (UBBWA) Manager Tim Hermansen, and Environmental Scientist Laura Cockrell teamed up with NWTF (National Wild Turkey Federation) with the hope of creating a spring turkey hunt at UBBWA.

The spring turkey hunt at UBBWA was approved and started in the Spring of 2015.  UBBWA and NWTF researchers planned to use the hunt to study turkey populations in the area, and make sure that the hunt wouldn’t negatively affect populations in the future. To begin their study though, they had to catch and band as many wild turkeys as possible. The return on leg bands from hunter-harvested birds is the data they would need to complete their study.

To band the turkeys, specific areas were first baited over several weeks, once a large group of turkeys was in the area, a large net was then fired out of a compressed air cannon to catch the turkeys. Researchers and volunteers then untangled the birds from the net and placed them in individual boxes. Each turkey was then processed, which included measurements of age, sex, weight, wing length, tarsal length, beard length, and spur length. They were then banded, with each band having a unique number assigned to each turkey.

Overall, their project has been quite successful. The team captured a total of 21 wild turkeys and banded them in 2015. In 2016, they captured and banded 28 turkeys.  So far, only one banded bird has been harvested and reported.