How It All Began

National Band & Tag Company was founded in 1902. On August 15, Joseph Haas of Newport, KY, much like other pioneers of that period, opened a small shop in an abandoned barn at 71 Hooper Street in Newport, KY. Haas intended to manufacture poultry leg and wing bands. He knew little about poultry farming, but had been informed that breeders were improving their flocks and it was necessary to use some sort of marker to distinguish one fowl from another. Visualizing the possibilities of a new industry, Haas went to work designing a few patterns of bands, crude at first, but with recommendations from customers and experimental projects, he was able to come up with bands that worked. Ads were placed in Poultry magazines, and although he had no competition, orders were slow. By 1914, the business began to grow. In order to keep up with the increase in business he moved to 720-722 Orchard Street, Newport, KY. Other animal identification tags were added to the product line, including livestock tags marketed under the Hasco name. Over the years more property was acquired around this site and today National Band & Tag occupies almost the entire block between Orchard and York and 7th & 8th Streets.

Now in the 5th generation of the family, the business employs around 50 people and sells animal identification products all over the world. Perhaps the most unusual product is National’s Chicken Sunglasses. These small glasses with red lenses were designed to be held on the chicken’s beak with a cotter pin through the nostrils of the bird. As a cannibalistic animal, chickens are provoked by the sight of blood and will peck at each other, eventually killing off much of the flock. These red lenses prevented chickens from seeing the red blood and calmed their behavior. These have not been manufactured for many years and we do not have any available for sale. These glasses are now considered a collector’s item. 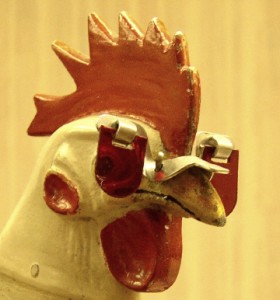 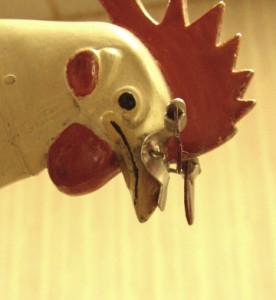 A glance into our past… 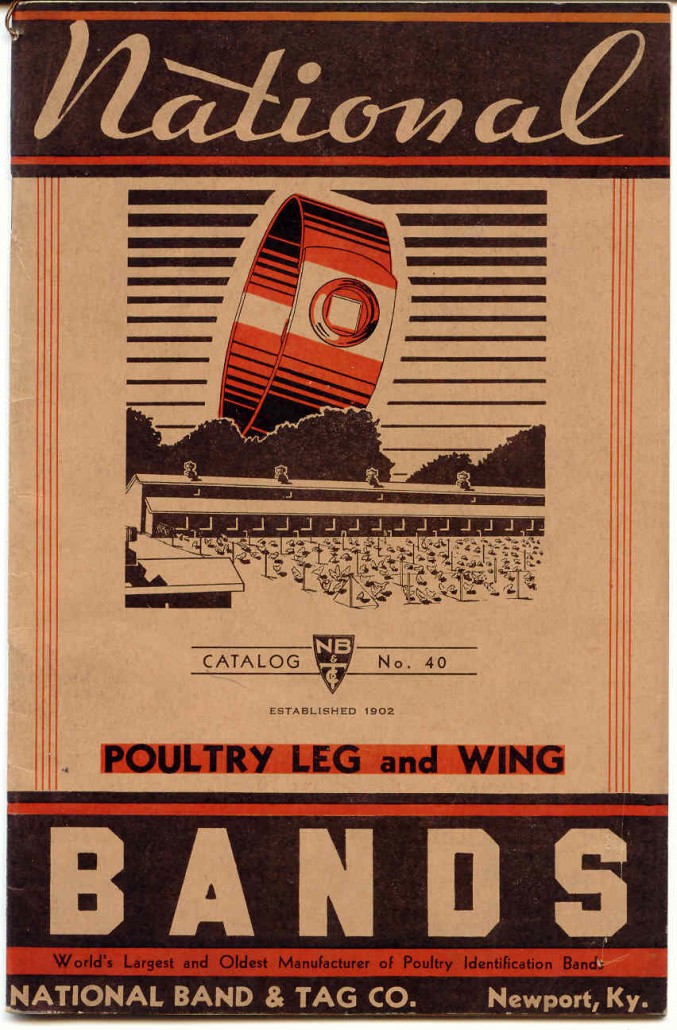 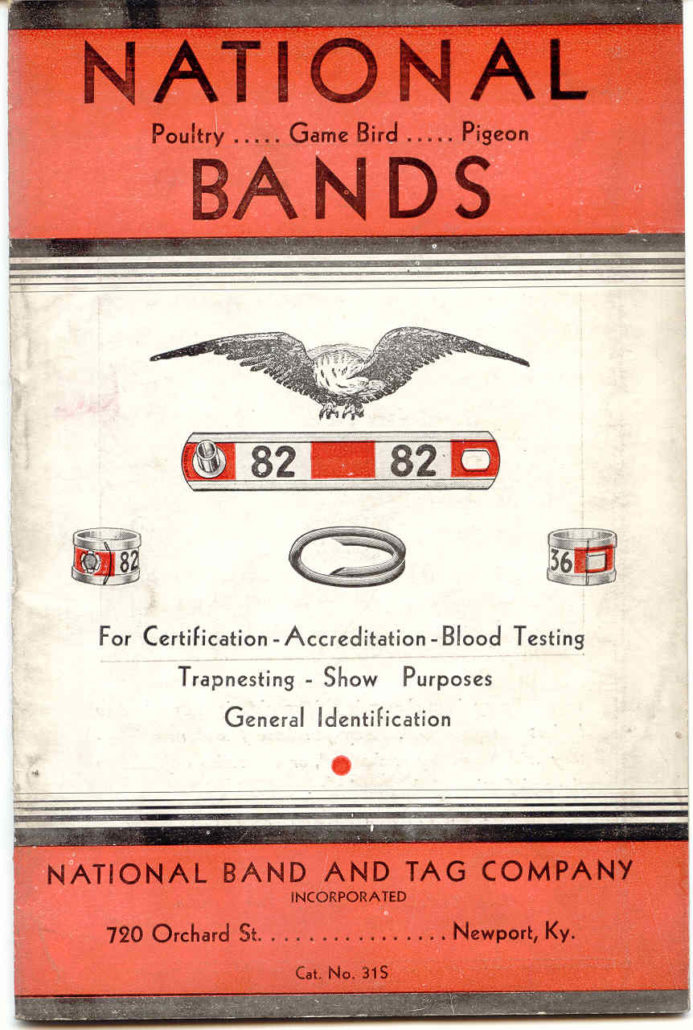 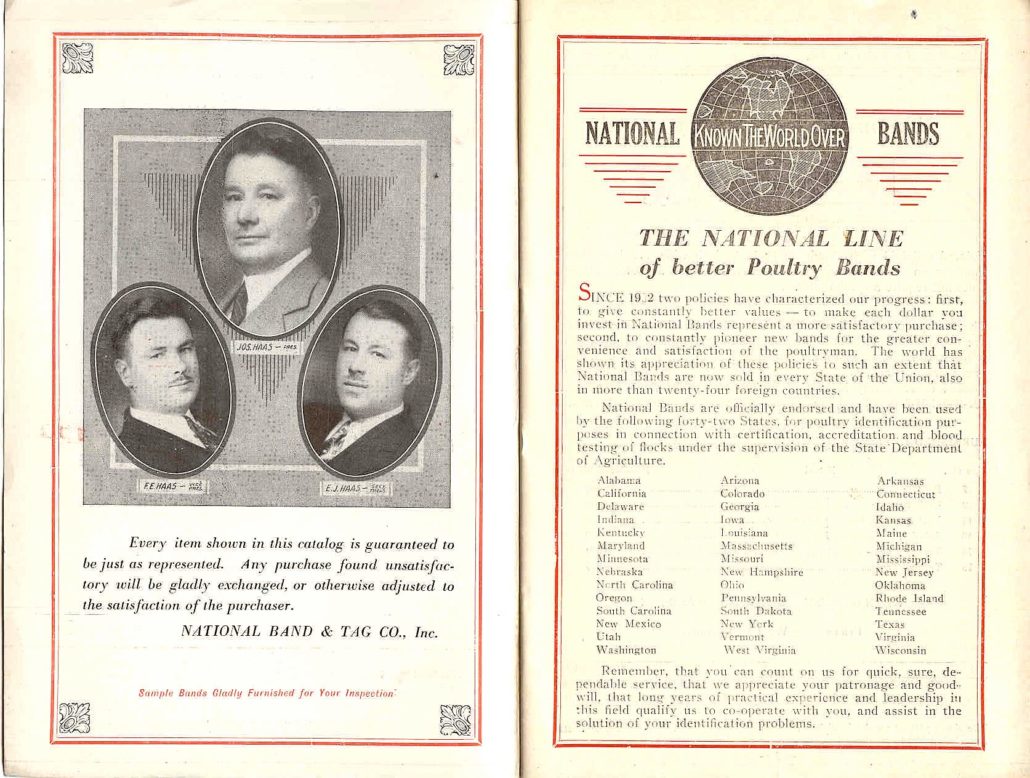 This is from a page from our catalog from 1940. We no longer make these and they are not available for sale. 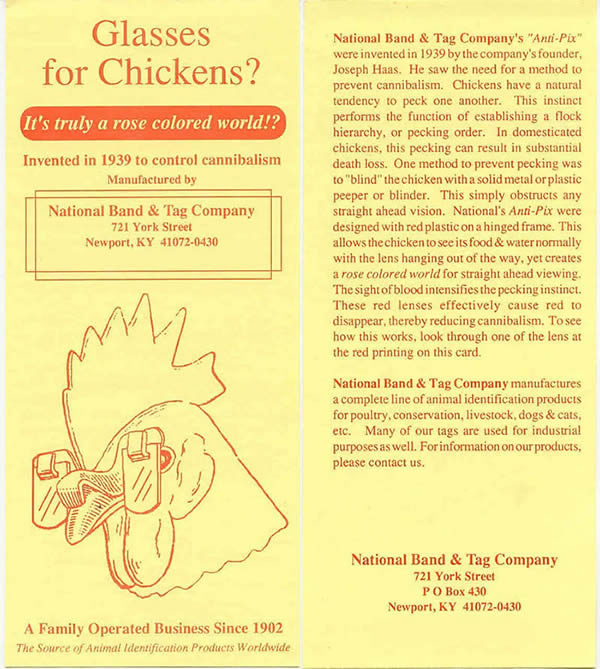