Fun Fact: There are over 200 species of owls in the world 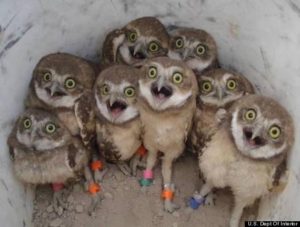 August 4th is International Owl Awareness Day! NB&T is celebrating with the top 10 oldest banded owls according to the “USGS Bird Banding Laboratory’s Longevity Records of North American Birds“. According to the Bird Banding Lab, the oldest banded owl is a 28-year-old Great Horned Owl, located in Ohio. It was banded on 3/9/1977 and encountered on 3/24/2005. This Great Horned Owl was found with an injury and placed into captivity. On our oldest banded bird list, the 2nd, 5th, 7th, and 9th oldest birds are also Great Horned Owls. Other species on the top 10 list include Barred Owl, Snowy Owl, Northern Spotted Owl, and Great Gray Owl. 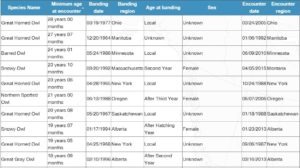 National Band & Tag Company manufactures metal leg bands that are also used to band owls. Different types of research and conservation organizations will band owls to monitor the population, mating, movement, diet, etc. so that they can better improve their conservation efforts. Many species of owls that are endangered, or threatened, is because of the loss of their natural environment. Owls are important for the environment because they help control rodent populations.

Have you ever encountered a banded owl? Share your story in the comments section below or join the conversation on social media by using  #InternationalOwlAwarenessDay.