June 20th is National American Eagle Day! This day is used to commemorate the anniversary of the Bald Eagle being selected as our National Symbol, to celebrate its physical recovery to America’s skies, and to observe the American values, ideals, and attributes for which it stands. 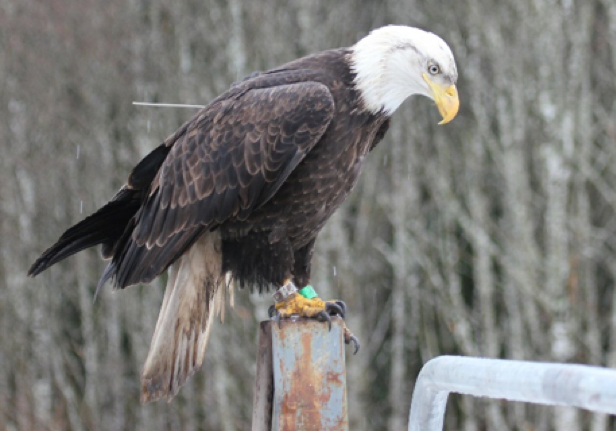 On June 20, 1782, the Bald Eagle was selected as the U.S.A.’s National Emblem, and in 1995, the American Eagle Foundation was able to get President Bill Clinton to recognize the first American Eagle Day.

Bald Eagles almost went extinct in the 1960’s due to loss of habitat, but they were brought off the endangered species list in 2007 due to the work of conservationists and strict protection laws. To better learn about eagles and to conserve them is where National Band & Tag comes in with our aluminum Lock-On Leg Bands and Rivet Leg Bands. These custom stamped and numbered leg bands help researchers and conservationist track eagles and learn more about them.

Aluminum Lock-On Bands have a tab that folds over and can be sealed using pliers while the Rivet Band uses pop rivets and a pop rivet gun to seal the rivet band around the bird’s leg. These unique features make these bands great for eagles and other birds of prey.

(These sizes are recommended from the USGS Bird Banding Laboratory and should only be used as a guide. NB&T is not responsible for incorrect sizes being ordered based on these recommendations.) 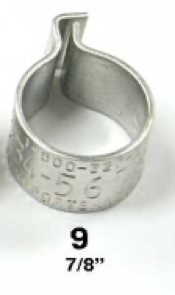 To participate in Nation American Eagle Day, try various activities such as visiting the eagles at your local zoo, donating to an eagle conservation program, viewing live eagle nest cameras, or posting on social media using the hashtag #NationalAmericanEagleDay.